Posted on December 1, 2012 by Daniel (@DSRGenealogist)

Have you ever considered adopting a child? Whether the answer is yes or no, I’m sure that at some point in your life you’ve come across families with an adopted child or children. In fact, adoption is an alternative regulated in Britain considerably late in comparison with other countries like the United States. Before that time, adoptions were unregulated, unofficial and very often took little notice of the child’s interests and well-being. 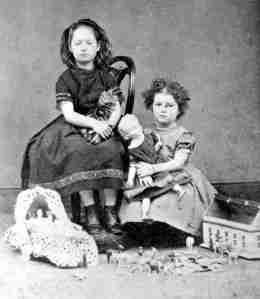 These primitive adoption “procedures” involved very little paperwork -if any at all- and adoptive parents were free to alter the child’s identity (name, surname, official place of birth…) to better suit their purposes which led them to adopt the baby in the first place. This makes tracing the biological parentage of our adopted relatives much more complicated than if the adoption had taken place in more recent times. The inter-war period, with all its traumas and social changes, saw many women give up their children for adoption for new, terrifying reasons: single mothers were still too afraid to face society if people found out they had had a child out of wedlock; money was a problem for many large families in post-war Britain and elsewhere, so giving a child away for a certain amount of money may have seemed like a feasible exit to their financial difficulties.

However, many saw adoption as a threat to family stability, because it made the prospect of regulating a system whereby a single mother could give away her child “easily” seem highly immoral. Others found that adoption might pressurize women to give up their babies in an all too accessible way.

In previous years, adoptions were also used as a smoke screen to hide a clear case of illegitimacy. If the baby’s mother was, say, a teenager or a girl in her early 20’s, the baby could be passed as her much younger sibling without much difficulty (although how the grandmother-turned-mother managed to explain the lack of a pregnancy is beyond me). Considering social prejudices at the time and wishing to avoid the stigma of being a single mother would also make the choice of giving away a child as a rather fortunate “blessing” – although the results for the mother in most cases must have been traumatic.

Poverty may well have been among your ancestors’ reasons for giving a child up for adoption. Source: http://grayee.blogspot.com/2010/11/2010-christmas-carol.html

Adoption procedures began to be regularised by the 1920’s, and peaked four decades later, the Second World War having practically destroyed all sorts of prejudices towards single mothers. By the late 60’s adoption numbers started declining, until these days most children given up for adopting come from an emotionally torn household or are otherwise physically or mentally impaired. Naturally, today the child’s interests are central, and other considerations like cultural differences (in cases where the baby is from a different country than that of the parents, for example) are taken into account. The profile of adoptive parents has also changed. In the 19th century, married couples were almost exclusively the only social group to adopt children. Then, between both World Wars, many single women (and some single men too) chose to adopt children. Today, potential parents can be found in all kinds of households, whether the prospective parents are single, married, heterosexual, gay, and so on.

My own “adoptive child story” centres around the figure of Auntie Ivy, my great-grandmother’s youngest “sister”. Unlike my grandmother and her siblings, who were all born in the county of Hereford, Ivy was born in Worthing (Sussex), a great distance from rural Herefordshire in those days and as far as I knew a place wholly unconnected with my family. We always knew Ivy had been adopted; some years ago I managed to contact one of her descendants and they told me about about how Ivy got to be taken in by my grandmother’s grandparents. It turns out Ivy’s father, a coachman, was killed when a fire broke loose in the stables where he worked in Worthing. A bit of census research showed me than Ivy had four elder siblings, none of whom were ever adopted -as far as I know. The census form also showed that Ivy’s mother, Elizabeth, came from Herefordshire. Was this a coincidence, or the key to solving the mystery of Ivy ending up in that part of the world? Indeed, after a few hours’ research I managed to piece together a new line of the family tree which explained a lot of things. Elizabeth, who had been widowed by the age of 31, was left to bring up five children aged between 12 and 1. Unable to cope, she sent baby Ivy to live with her first cousin Samuel, who was the son of Elizabeth’s aunt Ellen. After all, Samuel and his wife had lost two babies by then (one at birth, the other in infancy), so the arrival of little Ivy must have seemed like a fortuitous second chance for them. 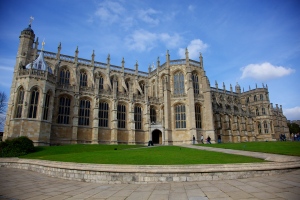 Therefore, Ivy and her adoptive siblings were really second cousins, and from what I hear, Ivy never went back to Worthing. In fact, she married in Shropshire in 1917 and enjoyed a long-lasting marriage which was blessed by the birth of three children. One of them, Maj. William Lancelot Arthur Nash, M.V.O., M.B.E., was in the Grenadier Guards and became Superintendent of Windsor Castle. He died in 1983 and was buried in Saint George’s Chapel, on the grounds of Windsor. as you can see, adoptions can be full of surprises and many reveal interesting facts about your closest relatives.