My link to the Rodway family (sometimes spelt Roadway) has only very recently been discovered. For years I wrongly believed to be descended from another family; it was not until I checked my sources and looked at the original records that I discovered the error of my ways, and having never checked the validity of what I believed was my ancestors’ marriage certificate, I had followed the wrong lead.

My great-great-great-grandmother was born Ann Rodway in 1810 in Colwall, Herefordshire. Her paternal line, however, can be traced back several generations to the village of Bromsberrow, located in the county of Gloucestershire but within very close proximity to Colwall itself. The link to Bromsberrow is confirmed in the will made in July 1796 by George Rodway, a resident of St. John Wapping, Middlesex but a former resident of Ledbury. In the will he leaves a few parcels of land in Bromsberrow to his nephew Thomas Rodway and to his niece, Sarah Sandford.

If you have a link to the family, or have any additions to make to the below, please contact me.

William Rodway married Elizabeth Redin in Bromsberrow, Gloucestershire in 1704. Parish records reveal they had at least seven children through whom their descendance is perpetuated: 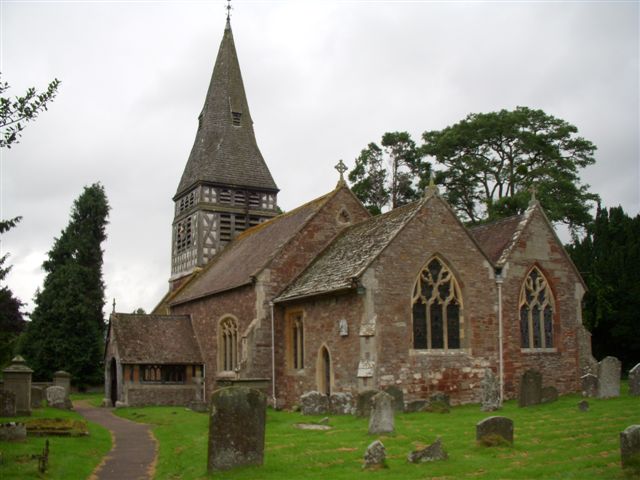 Bromsberrow church, where my most remote Rodway ancestor married in 1704.