Origins of the Tippins surname

According to various (unverified) Internet sources, this unusual English surname is medieval. It seems to have stemmed from a patronymic, deriving from the pre-7th century personal name or by-name Tippa, of which the meaning is uncertain.

The given name is one of the earliest recorded, an example being Tipp, the son of Harding (another early given name), who was recorded in the Pipe Rolls of Lincolnshire in the year 1204, even before the introduction of surnames! The surname form only appeared a century later, and was also recorded both in Lancashire and Yorkshire; however, it is in the town of Preston (Lancashire) where it seems to have been most popular. In the famous Preston Guild Rolls, which for several centuries registered the skilled and prosperous citizens of the area, the name in its various spellings is well recorded. It first appears as Toppyng in 1397, Typpynge in 1542, and as the modern Tipping in 1634 when “William Tipping, of Shaw, husbandman”, is so registered.

In the modern idiom the name has three spelling variations: Tippin, Tipping and Tippings, of which Tippins is likely to be a variation. The first recorded spelling of the family name is believed to be that of Robert Tipping (dated 1301 in the Subsidy Rolls of the county of Yorkshire, during the reign of King Edward I of England). We must remember, though, that throughout the centuries surnames in every country have continued to “develop”, often leading to astonishing variants of the original spelling.

If you descend from the Tippins family and your ancestors came from the Herefordshire area, then we are very likely related. Tippins, and its even rarer variation Tippin, is a fairly uncommon surname which is more abundant in the county of Hereford and its surrounding area than in any other part of England.

My Tippins line, as far as the records have been able to prove, go back as far as a man called Jonathan Tippins. This man, of whom little else is known, died in the parish of Titltey in 1812 at the grand old age of 84. The records for the overseer’s at Staunton-upon-Arrow show that it was them who paid for his burial. His marriage to Elizabeth Davis in 1756 brought fresh, Welsh blood into the family, possibly connecting my own ancestry to Celtic forebears.

Jonathan and Elizabeth Tippins had eight children; the first three were born in Staunton-on-Arrow,  but the last five were born in Titley, signifying that the family moved in or about 1764.

My own line descends from their son John Tippins (1760-1848), an agricultural labourer whose own marriage produced five children – four of whom left descendants. Rather significantly, in 1814 their daughter Martha had an illegitimate son who inherited his mother’s surname; however, for unknown reasons his descendants would drop the final “s” in their surname, thus founding a branch of Tippin (and not Tippins) cousins.

As of that moment, the family ramified itself into different branches. Some of them remained in the United Kingdom, while others emigrated as far away as New Zealand and Australia. I have been lucky enough to have been in contact with several relatives down those different lines who also share a passion for family history. Perhaps the genealogy bug comes to me through my great-great-great-grandmother Ann Tippins!

John Tippins, the fate of a family passion
Long live my ancestors! 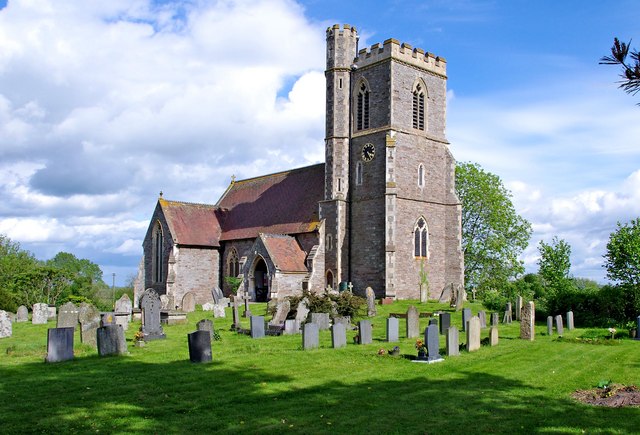 The church of Staunton-on-Arrow, where my closests Tippins ancestors were baptised.