The picturesque village of Lyonshall, in Herefordshire, where my ancestors Susannah Evans and John Tippins married over 200 years ago.

If I ever get to live to a ripe old age, it will probably be thanks to the excellent genes which my Tippins ancestors seem to have perpetuated into history through my family’s veins. Inexplicably, several of my relatives on this side of the family lived to their 90’s and even in a couple of cases actually became centenarians!

The cause of this longevity apparently stems from my 4x great grandmother, Susannah Tippins (née Evans), who reportedly died aged 101 in on 12th June 1884, placing her year of birth in or around 1783. Susannah’s baptism actually took place in 1789, which does not necessarily have to be her birth year as well, as children were sometimes (though not often) christened long after their birth. In some cases, parents would have several of their children (who were not twins or triplets) baptised at the same time, probably to avoid excessive expenses that the ceremony implied, and perhaps in other cases to make wedding and baptism dates “fit”.

I have to consider the possibility that neither Susannah nor her children actually knew her date of birth, which could account for her advanced age when she died. Susannah’s marriage to John Tippins took place in 1809 in Lyonshall (Herefordshire). I haven’t been able to trace how many children they actually had, as new babies occasionally pop out of nowhere in this family, but so far I have been able to track down a total of seven babies born before 1833. The gaps between birth dates suggests to me that there were probably more children, who for some reason did not make it to the records.

Susannah wasn’t the only one in her family to live to her 100th birthday. Her eldest daughter Martha died in the East Street Almshouse in Pembridge (Herefordshire) aged 100 in 1914. Her sister Ann (who was 3x great-grandmother) lived next door until her own demise two years later at the age of 93. Their brother William died that same year aged 88, and two other brothers, Jonathan and John, died in their late 70’s. Only brother Samuel died before reaching the age of 50, which at any rate was already considered “old age” at the time. I know nothing of the youngest of them all, Susan, who was born in 1833. 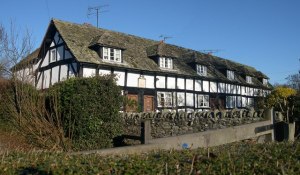 The good genes were also transmitted to the following generations. Martha’s daughter, Emma Gregory, who was a retired domestic servant, passed away in 1936 aged 83. On the other hand, her aunt, my great-great-great-grandmother Ann, had a total of 10 children, but sadly four of them died very young. However, most of those who did make it to adulthood managed to celebrate an 80th birthday: Elizabeth (my great-great-grandmother) died in 1932 aged 85; her sister Milborough died four years later aged 87; Diana passed away in 1935 at the age of 84. The brothers fared slightly worse: two of them lived “only” to the age of 77, while the youngest died when he was 45 years old.

My own great-grandmother also made it to the age of 84, but even she was surpassed by her own daughter, my grandmother, who passed away a few years ago at the age of 90. Given the circumstances I think I have a very good chance of living well into the 21st century, wouldn’t you say?

2 Responses to Long live my ancestors!