In Memory of a Mother

Yesterday was Mother’s Day in Spain. The event triggered my imagination: I couldn’t let the day go by without writing about one of the thousands of mothers who populate my family tree! But who should I write about? I suppose I could have written about my own mother, but I’m afraid she is quite reserved about publishing personal information online, so I decided to go further back, so as to not offend anyone’s feelings. I hope that’s OK, Mum.

I finally decided to write about my mother’s grandmother, Hermelinda. Unlike my own mother, who has had almost 30 years of hugs, kisses and best wishes on this important day, Hermelinda hardly had a chance of enjoying her children’s love, warmth and affection.

Hermelinda was part of a big family. She was the sixth of ten children, although when she was a few months old one of her elder sisters, then a baby of two years, suddenly died. Hermelinda was very close to her next sister, Carmen, and probably enjoyed playing with the next baby to arrive, Marina, who tragically died when Hermelinda was only five years old. It was clear that, from a very early age, she would need to face untimely deaths in quick succession throughout her short life.

Hermelinda grew up to become a pretty if not remarkably beautiful young woman. She, like her sisters (I hesitate to call them spinsters, since they were in their 20’s), was taken to a fashionable spa in the countryside where their anguished mother expected them to make good marriages. Hermelinda certainly did not let her down. At the age of 30, with the clock already ticking, she managed to marry an older, richer man fresh from Cuba who had amassed a small fortune and lived the life of a dandy while searching for a bride.

The wedding was probably a lavish ceremony. They had their picture taken before the wedding breakfast took place. It was even published in the local rag, and the happy couple soon departed on a steamer across the Atlantic to enjoy their honeymoon abroad. For a time they lived in pre-Castro Cuba, then a country which enjoyed the apparently carefree and perpetually prosperous rule of the United States. 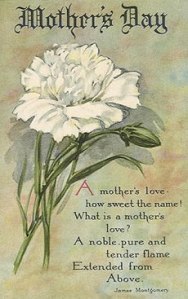 Hermelinda’s first-born came soon thereafter, and the proud couple named the baby after its father. Then, quite unexpectedly, the boy died, and Hermelinda’s hopes of a prosperous motherhood were dashed. What a terrible start to a new life, she must have thought, and how homesick she must have felt at the time.

Yet, all was not lost. She was still young and more babies would follow; surely enough, she soon became pregnant once again. In 1920 she gave birth to another son, also named after her husband (and the baby).

It then became apparent that Cuba was no place to bring up a growing family, and the couple returned to Spain. There Hermelinda managed to carry on with life while her husband tended to his business interests in Cuba. Frequent letters heaped with kisses and loving messages between them crossed the Atlantic every month. Two sons arrived in 1921 and 1923 respectively.

By 1928 the family was complete. Three healthy sons and a little girl were the materialisation of the couple’s affections. How sweet life must have seemed to them, and yet, how terribly short it proved to be.

In 1936 civil war broke out in Spain. Brother killed brother, and nothing was certain in a time of extreme political convictions. Hermelinda and her husband must have fretted when a distant cousin sent them news that her eldest son had been seen enlisting and getting ready to go to the front – needless to say he was sent packing back home, where he was probably scolded for his actions.

Then, in all that greyness and gloom, with the smell of burning in the air and the distant sound of shooting, Hermelinda was diagnosed with breast cancer. Her face seemed to have aged prematurely; her expression became worried and all around her the news of the war must have turned into pure psychological torture. She probably got all the comfort she could from her husband, who faced losing his most precious possession. She also worried about her children, aged 17, 14, 12 and 9 at the time. Before long, there would be no more cards on Mother’s Day. No more laughter. No more playing the piano – the sound was too painful for Hermelinda’s husband, as it reminded him of her, and so he forbade his little daughter from playing.

Hermelinda implored one of her elder sisters to take care of the children. Amalia duly moved in, but although as loving as a spinster aunt could be toward four bereaved children, she was no match for tender, musical Hermelinda. She passed away one spring day, with the sound of gunfire in the background. No more Mother’s Day cards for her.

1 Response to In Memory of a Mother