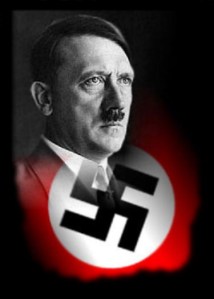 Many traits of Hitler's evil personality can be traced, for example, to his father's treatment of him.

It is often stated that Adolf Hitler, the man responsible for the death of over 6 million Jews and countless other innocents in the Second World War, had Jewish blood flowing through his veins. The story, is in fact, false, but it would have been very ironic if it were true.

Hitler, like you and me, was once a child born into a family with certain characteristics. The man who would eventually lead the world into a cruelly long and bloody war was born in 1889 in the small Alpine town of Branau-am-Inn, on the Austrian side of the Austro-German border. His father, Alois Hitler, was a rough and ill-tempered man who had joined the civil service and worked as a customs official in several Austrian towns and villages throughout his life. Given to drink, Alois was also fond of female company, and in fact married three times. His first wife, Anna Glasl-Hörer, was much older than he and well past child-bearing age by the time they married.  In the early 1880’s Alois began an affair with one of his household servants, Fanny Matzelsberger, then aged 19. In 1882 she gave birth to their illegitimate son (Alois was still married to the elderly Anna, who died in April of the following year). Alois and Fanny soon married and thus legitimised their son Alois Jr.; their daughter Angela was born in 1883.

Fanny died of a pulmonary ailment in 1884, aged 24. By then, Alois had already began an affair with Klara Pölzl, the young daughter of his first cousin (there is some reason to believe that Klara and Alois were actually uncle and niece given the fact that the identity of Alois’s father is still disputed). The couple married and had six children, of whom only two, Adolf and Paula, reached adulthood.

While Alois is generally regarded as a vicious and cold father, his wife Klara was a caring and devout mother to her children. Alois died of a sudden stroke after a visit to the local tavern in 1903. Understandably, when Klara died of breast cancer in 1907 her son Adolf was distraught.

Klara Pölzl, Hitler's mother, who was his father's distant niece.

Hitler’s paternal grandmother, Maria Schicklgruber, came from the village of Strones, a hilly area in the Austrian mountains. She was one of 11 children. When she was 42 (and single) she gave birth to her only son, Alois, who presumably was the son of Johan Georg Hitler, the man Maria eventually married and who legitimised Alois as his own son. However, it has been considered that Maria’s child was actually fathered by her future husband’s brother, Johan Nepomuk Hitler, the grandfather of Hitler’s mother Klara. The theory that Maria became pregnant by a Jewish man from Linz called Leopold Frankenberger is generally regarded as apocryphal, as there was no family called Frankenberger (or anything similar) in Linz at the time Maria worked there as a maid.

Hitler never met his paternal grandmother, but without a doubt he would have met aunts and uncles and cousins throughout his lonely childhood. A branch of his family, the Veits, were Hitler’s second cousins. There was a trait of schizophrenia in that side of the family tree, but even their close kinship to the Führer did not save their lives. At least one of them, Aloisia Veit, was killed in the war as part of the so-called “Euthanasia program”, which effectively sought to wipe out those who were considered “unworthy of life”.

William Patrick Hitler, who eventually took up arms against his half-uncle.

Hitler’s immediate family was also problematic. He forbade his sister Paula to marry the man she loved; as a consequence, the gilted boyfriend was sent to the Russian front, never to be seen again. Hitler’s half-brother Alois Jr. eloped to Britain before WWI and had a son by an Irishwoman called Bridget Dowling. Their son, William Patrick Hitler, would later take arms against his evil uncle, not without making a huge effort to get a good job through Hitler’s influences in pre-war Nazi Germany. His children are among the dictator’s closest living relatives. They live in the USA and have chosen lead an anonymous existence.

After Alois Jr. left his wife and child, he returned to Germany, where he bigamously married a German woman by whom he had a son. This son did live up to his uncle’s expectations, but was tragically killed in action in the 1940’s on the Eastern front. 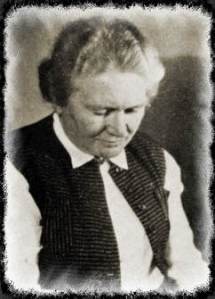 Paula, Hitler's unmarried younger sister. Their relationship was not a fluent one, and Adolf thought she was "stupid".

Hitler’s half-sister Angela was the closest of all of his siblings. Her marriage to Leo Raubal produced three children, the youngest of whom, Geli, became Hitler’s lover. Their tempestuous and incestuous relationship ended with her suicide in Munich in 1931, two years before Hitler came to power.

Hitler had no children (his marriage lasted less than 48 hours, and there are no records of him having any children by any of his lovers), and thus his surname died out with the death of his younger sister Paula in 1960. However, there are still many in Austria who bear the surname Hüttler and Hiedler, well aware that somewhere in their family tree cousin Adolf lingers, to the family’s great shame and understandable sadness.

For more information about Hitler’s family tree, you can watch this excellent documentary on the matter.