See you at the Salon de la Généalogie Paris 15!

I am extremely pleased to announce that I have been invited to talk at the next edition of the Salon de la Généalogie Paris 15. The event, the largest of its kind in the French-speaking world this side of the Atlantic, will be held as usual in the town hall of the French capital’s 15th arrondissement and within easy distance of the city’s main historical landmarks.

The Salon will officially kick off on 3 and 4 March 2020 with activities exclusively reserved for children, to encourage the younger generations to take an interest in genealogy and family history. There will also be children-only activities on the morning of 5 March, followed by the launch of the programme for adult attendees. This year’s edition saw a huge affluence of genealogy enthusiasts (7,000 adulthood participants and 300 children, according to the event’s website), and it even got a significant amount of press coverage – so I’m doubly excited to be taking an active part in 2020!

The Salon puts a strong emphasis on educating children and encouraging them to take an interest in genealogy and family history. Photo credit: Salon de la Généalogie Paris 15.

The details of the full programme will be announced in upcoming weeks, although sessions about genealogical research in a number of countries (e.g. Belgium, Germany and Switzerland), as well as France of course, have already been confirmed. Access to the Salon is free of charge.

My talk, given in collaboration with Eric Jariod from the French association Gen-Ibérica, will take place on Friday 6 March, and will focus on ancestral research in Spain (further details will also be announced in due course). This will not only be my first time at the Salon, but the first-ever talk I give  in French! So you can definitely expect a few beads of sweat before my talk! 🙂

The event is organised by local association Archives & Culture. For more information about this event, please visit the event website and keep an eye open for further updates! 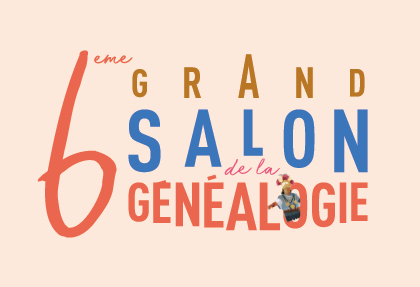 This entry was posted in Archives, France, Genealogy, Spain. Bookmark the permalink.

1 Response to See you at the Salon de la Généalogie Paris 15!